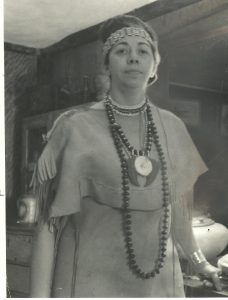 As the principal repository of Nipmuc history and culture, the Museum represents a rare and valuable cultural resource. It’s artifacts, documents, and research library communicates the culture of the Eastern Woodland Indian and the interactions between Nipmucs and the dominant culture of Central Massachusetts.

The Museum opened its doors in 1962 nicknaming itself the “Memorial to the Eastern American Indian”. It consisted of two buildings on the Hassanamisco Reservation, the original 19th century Homestead and a new longhouse built specifically for the museum’s exhibits. The 3 ½ acre Hassanamisco Reservation is the last portion of a 1728 land grant made to the Nipmuc tribe by the Massachusetts Bay Colony whose eager colonists were clamoring to settle on the tribe’s original grant of 7500 acres.

The Homestead is the oldest known frame dwelling continuously occupied by Native Americans in New England. It is rumored that the Homestead was built over a 16th century cellar hole. When the Museum opened in 1962, the Homestead served as the living quarters for the tribe’s leadership, as exhibit space for artifacts collected by the tribe from the 17th century, and contained a research library for public use. The longhouse at the rear of the building housed a small gift shop and artifacts from the reservation. Life-size dioramas depicting the past life on the reservation stood outside the building.

The longhouse portion of the museum was not used after 1988 and the artifacts from that building were moved into the Homestead. The museum continued to be open to the public by appointment and during tribal events. The Museum was a favorite destination for scout troops and other organizations for several decades. In recent years, the rate of deterioration of the Homestead has increased due to lack of knowledge in preservation techniques on the part of the tribe and limited funds. The artifacts have suffered as well and are presently at risk. Severe damage to the Homestead last year forced the removal of all items from the structure. These items are now in a climate controlled storage unit or are exhibited in other venues. Museum programs are held in rented space at the Nipmuc Nation tribal office.